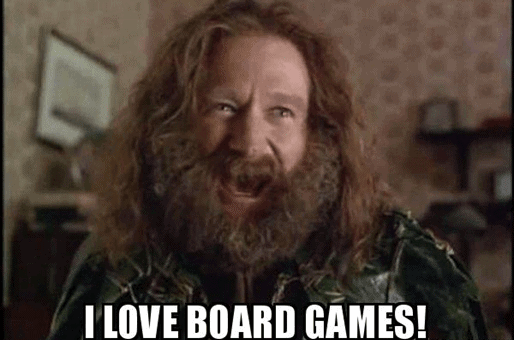 Board Game Friday Nights this September at Gnome Games Green Bay West continues with more games new and old! A friendly Gnome is always on hand to teach you the game of the night and sometimes we even

have some special promo items to give away. Stop in and play a new game every Friday!

Trapwords is a fun and fast-paced party game for two teams, who simultaneously prepare their lists of trapwords. The simple task of giving clues for your word is made fiendishly difficult by not knowing which words you can`t say. If you succeed, you advance to higher levels with more trapwords and additional challenges.

The World Tour continues! Culture Shock takes us through the folk and fairy tales of Russia, where minions are frequently transformed; West Africa, where sharing stories and cards is valued; and Germany, where uniting characters from the same tale gives multiple benefits. We also look at the incredible histories of the Inca Empire, known for its roads and monumental architecture; and Polynesians, who spread out on as many islands as possible. We’ll be combining the expansion

with a base game so we will have room for plenty of players!

Terror Below is a game of government experiments gone wild in the Nevada desert. The faster you move, the more vibrations you make, attracting the attention of the vicious Worms underground. Navigate the difficult terrain to collect valuable Worm Eggs and deliver them to Locations around town to claim bounties. If you`re feeling lucky, collect items and weapons to go hunt’em.

In Curios, players acquire artifacts from various treasure sites without knowing their worth. Using the cards in your hand and those revealed by the others, you can deduce the possible value of your artifacts, allowing you to focus your efforts on the more profitable ventures. Curios is a game of worker placement, deduction, and bluffing.