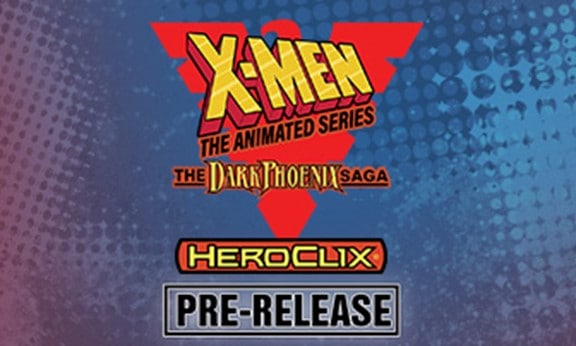 Each player will get 2 booster of the new X-Men Animated Series Dark Phoenix Saga set to build their team from. Three rounds.

September 20th – Even More X-Men! All characters must have been a X-Man at some point in time. 400 points. Modern Format.
Promo Figures – Staff Choice

September 27th – X-Men Regenesis – Entry $18. Three month storyline event! All players will get 3 of the tournament only X-Men Regenesis single figure boosters. Players will have to choose which X-Man they will side with: Wolverine or Cyclops. This cannot be changed during the 3 month event. (If you pick Wolverine, you will only be able to win prizes associated with Wolverine, the same with Cyclops, so pick carefully!) Players will then have a chance to trade one figure with another player in their event. Players will build a 200-point HeroClix team out of X-Men Regenesis figures. This will be a Swiss-style event using 2×2 maps. The top finishers each month will earn prizes and points toward the Grand Prize. In Months 2 and 3, players should bring back their X-Men Regenesis figures from the previous months in case they want to use them on their team or trade them away.
Promo Figures – Prize support to be announced.