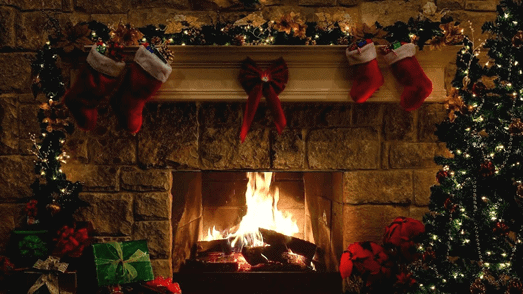 St. Nick comes tonight, have you put your stocking out? Here’s a few more of our Gnomes’ favorite holiday games from their Christmas Stockings!

This is a great game to play with 5 people, but also great game to play with 10 people!! I have played this game with adult friends, my 4th grade students, and in non gaming circles, and it has always been a hit. It’s an engaging social deduction game, that is quick to play and never looks the same with each round you play! A bluffing game that really makes you think, where alliances can be made and broken instantly!

In this hidden role game, players are randomly assigned to a team of either good or evil and have to work together to achieve their team’s objective. With a King Arthur theme, all players will go through a quick dialog to start that sets the tone for the game. Although few, the Evil Team (minions of Mordred) get to know who each other are. Unfortunately, the Good Team is left in the dark to start and unsure of who to trust. One player will assume the role of Merlin (servant to King Arthur). He knows the identity of the evil servants, but must remain hidden or the game is lost. The Evil Team will attempt to stop the Good Team (servants of King Arthur) in their efforts to complete quests without giving it away that they are playing for the evil side. If a minion of Mordred manages to get themselves on a quest mission, they can cause it to fail. Three failed quests or three successful quests determines the winner. Servants of Arthur must use a healthy amount of discussion, accusation, and deduction to determine who is loyal to whom.

My staff holiday pick this year is Uno! The reason that I love Uno so much is because it’s a classic that I grew up playing, and it’s a game that’s easy to learn. The goal of Uno is to be the first player to get rid of all the cards in your hand. The way to achieve this is to match the color or number of the card that the person laid down before you. If you don’t have any matching cards, you have to draw cards until you are able to do so. You can also attempt to thwart your opponents by playing cards which cause them to draw more cards or skip their turn. Don’t forget to yell out “Uno!” when you have one card left in your hand.

The fast pace and simple rules makes Uno the perfect game for anyone to join in on. I’ve played this game with both friends and college roommates, and its level of enjoyment has held up for well over a decade. There are also endless versions of Uno to choose from such as Unocorns, BTS Uno, Harry Potter Uno, Super Mario Uno, Captain Marvel Uno, Minecraft Uno, Flip Uno, and

Bang!: The Dice Game is a push-your-luck social deduction game. This game does a really nice job of combining mechanics prevalent in a lot of dice games and adding social deduction elements. At the beginning of the game each player gets a character and a role. The character will give you some small bonus ability to help stack the odds in your favor. There are four different roles in the base game, Sheriff, Deputy, Outlaw, and Renegade. Sheriff is trying to defeat the Outlaws, Deputy tries to protect the Sheriff, Outlaws try to defeat the Sheriff and the Renegade tries to be the last man standing.

After each player has a character and role, the game begins! The game starts with the Sheriff rolling all five of the dice. Each side of the dice has an action tied to it, basically you can shoot other players, heal yourself, get shot with arrows, or have dynamite explode in your hands! The game ends once The Sheriff dies, all outlaws are dealt with, or the Renegade is the last one surviving.

This game works well for all groups of people. It is one of those games that is just engrossing enough to keep you entertained but allows for conversation around the table. It is not a hard game to learn, but there is a good balance between luck and skill involved. After mastering the base game; the expansion Bang! The Dice Game Old Saloon, offers a

lot of new content including new roles (and role abilities), characters, and dice!

Gloom is a great game for those that don’t want to let go of the month of October just yet. In it you are tasked with making your family as miserable as possible before their untimely demise, you also must try to make other families as happy as possible while doing this. For even more fun, if you’re a Game of Thrones fan, theirs a new edition of Gloom “Gloom of Thrones” where you get cards and families based off the booksshow (maybe you can make a better ending than the show). I usually play this with my wife and friends whenever we

can and have a few of the expansions to go with it.

The red dragon inn is a PG-13 game centering around a group of adventures who have just returned from a long day of dungeon crawling and looting. After getting healed up and cleaned up they have decided to spend a night partying at the Red Dragon inn. The aim of the game is to be the last adventurer conscious with gold in their pouch, as you and your party mates enjoy a night of rough-housing, drinking and gambling.

I normally play this game with a group of 6 or more friends. Although the box says 2-4 characters, the game comes with many expansions and quirky characters to get bigger parties and more exciting events, one of which being a villain vs heroes play style available with some expansions. We all love the game simply for its complex but easy to follow mechanics and its funny characters with their own unique decks and abilities. This game is an all around fun experience with a lot of replay ability, making it perfect for group of friends or a (teenage kid) family game night.