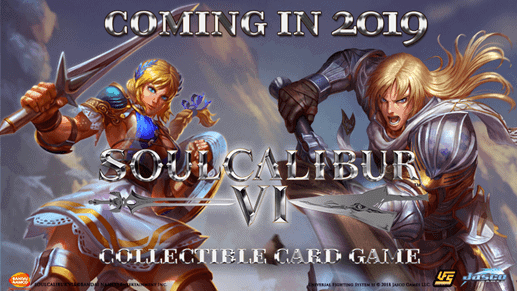 Get ready to fight!

Transcending history and the world, a tale of souls and swords, eternally retold, the warriors of the Soul Calibur series are welcomed back to the stage of history in the Universal Fighting System with the 2019 UFS Soul Calibur VI CCG release.

Play as your favorite Soul Calibur characters such as Siegfried Schtauffen and Sophitia Alexander and engrave your name in history by challenging and defeating not only your Soul Calibur opponents, but also your destined foes across all UFS licenses.

What’s in the UFS Soul Calibur VI? Check out the previews here: https://jascogames.com/soulcalibur-vi-set-preview/