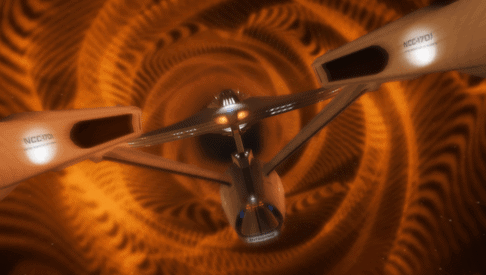 Come Explore the Future’s Past at Gnome Games!

Captain’s Log, Stardate 72292.3… uh, make that Stardate 8236.4. – We apparently have discovered a temporal anomaly at the edge of the solar system and have been thrown back in time to the 23rd century! We need your help to explore the past!

Each Thursday during November, Gnome Games Green Bay East will be hosting missions for the Star Trek Adventures Living Campaign, but this time with a twist – you’ll be playing during the era of the Original Series! Your decisions will help shape the future of Starfleet! Set phasers to stun – and remember the Temporal Prime Directive!

While on route to a Federation colony to help with an outbreak of a deadly disease, your ship encounters a subspace anomaly the leaves your ship drifting at high sub-light speed towards Klingon territory! The crew must quickly fix the ship and deal with any intercepting Klingons while also determining what exactly happened to your ship.

Seating is limited, and tickets go on sale October 26th!

A strange station of unknown origin is found orbiting a black hole, and as Starfleet investigates it, they activate the station. As it begins to emit strong gravitational fields, slowly turning the black hole so that the radiation from it bathes the local planets, Starfleet orders your ship to stop it!

Seating is limited, and tickets go on sale November 2nd!

November 29th – Fury of the Hive

Starfleet has asked your ship to check on the dilithium mining colony Coriolanus IV. When your ship arrives, though, both it and the colony are attacked by a “beehive” like vessel. What, and who, is attacking your ship and the colony? And more importantly, how do you stop it?

Seating is limited, and tickets go on sale November 23rd!