Learn to Play Weiss Schwarz and Bushiroad League at Gnome Games in February! 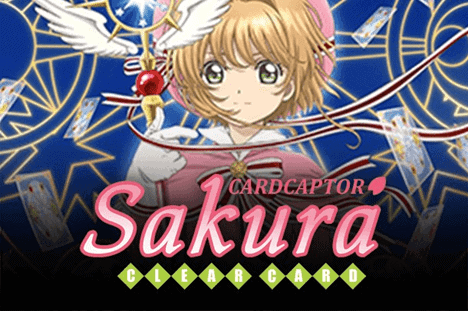 Do you remember Cardcaptors? In February Sakura and her friends are making their debut on the Weiss Schwarz stage with the release of the Cardcaptor Sakura Clear Card set! To celebrate the release of Weiss Schwarz Cardcaptor Sakura Clear Card Gnome Games will be hosting learn to play events, so that even more players can have fun battling it out on the Weiss stage. If you never have played Weiss Schwarz before, but want to learn, this is the time to come in. All new players will receive a Detective Milky Holmes demo deck to play with. Staff and other Weiss players will be on hand to help new players with any questions.

Come in, find your favorite anime, and learn how to play Weiss Schwarz!

After you learn how to play come into one of the Bushiroad leagues to find new friends to play against.

Bushiroad League is for Cardfight Vanguard and Weiss Schwarz. You can get one of this month’s promo cards every time you play and even earn more by coming every week! There are also random drawings each month too, so make sure you come in and play!

Come on in and make some new friends at Bushiroad League!

When can you play?

Each time you check into League you may pick one of this month’s promo cards. You’ll also be recorded so that at the end of the month you can pick a promo from the promo binder based on how many times you were at League. The more times you come, the more choices you have! (The Monday and Thursday Leagues at Gnome Games Green Bay East count as separate events and can not add attendance together.) If we have a special drawing that month you’ll get one entry for each time you attend too!

We’ll also give out a Listener of Truth, Dindrane randomly every league.

We’ll also give away a random deckbox at some Weiss Leagues, so make sure you come to as many as possible!

Every Sunday there is also a Weiss Schwarz tournament at Gnome Games Green Bay West.

Everyone gets a promo card for playing and the winner gets a special card. Sometimes we give away a random playmat too!

Grab your cards and let’s learn how to play!