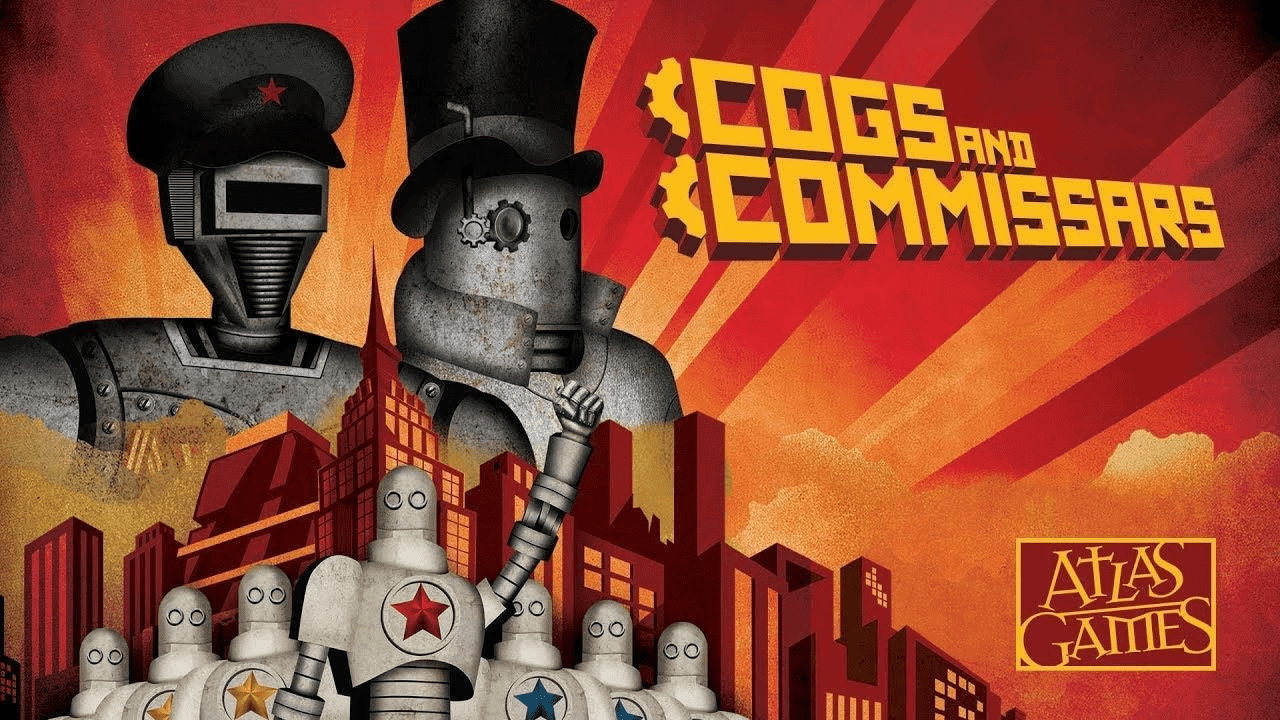 Celebrate friends and the games that bring us together this November!

Gnome Games Green Bay East celebrates friends and fun with this series of Learn to Play events! Join us every Saturday from 1pm to 3pm as we teach you how to play some excellent games. Bring your friends or make some new ones!

The Revolution Will Be Mechanized!

Cogs and Commissars is a clever card game of glorious robot revolution, where players control the means of production.

You are an inspirational leader! You might take the role of the Artificial Stalintelligence, Simulenin, or Gorobotchev, among others.

10AM – 6PM
Everyone Welcome
All Ages!

Gnome Games invites you to Thanksgaming!

All are welcome at our tables
Let there not be an empty seat in the house.
Fill the halls with laughter and grand conversation
May new friendships be created
And old ones renewed.
May we all be thankful for the opportunity to play together.

The two rival spymasters know the secret identities of 25 agents. Their teammates know the agents only by their CODENAMES.

The teams compete to see who can make contact with all of their agents first. Spymasters give one-word clues that can point to multiple words on the board. Their teammates try to guess words of the right color while avoiding those that belong to the opposing team. And everyone wants to avoid the assassin.

Codenames: win or lose, it’s fun to figure out the clues.

Join us the last Saturday of the month for our merger of Tabletop and Digital Gaming! For November we will be Hosting a Fireside Gathering for Hearthstone and teaching the Smash Up physical game!

Smash Up Learn to Play:

Smash Up, designed by Paul Peterson, is the Shufflebuilding game from Alderac Entertainment Group.  In Smash Up players draft two faction decks, such as pirates, ninja, robots, zombies, and more, and combine them into a force to be reckoned with!

It may sound simple, but how simple is it when the Zombie-Ninja deck Assassinates your minions then creates an Outbreak, loading the Base with minions from their discard pile?

Or when the Pirate-Dinosaurs Full Sail onto the base with the mighty King Rex, whose massive power dwarfs that of other minions?

Each combination gives a different experience, Pirate-Aliens play very different than Pirate-Zombies, and with 8 factions in the base set there are 64 combinations to try out and every expansion set increases the options exponentially!

For our Hearthstone Tavern Founding Event we will be keeping it casual! Bring your mobile device or laptop (we have wi-fi and power outlets) and battle other Hearthstone players from around the area!